Sedation is a cornerstone of intensive care. Sedation means putting a patient into a medically induced state of reduced consciousness to relieve anxiety, agitation, and pain.

Almost half of the patients in the ICU need help with breathing from a ventila­tor. Pain, agitation, and delirium are recognised challenges in the care of these patients. Being intubated and mechanically ventilated adds further to anxiety, perceptions of pain, and distress. Sedation is a cornerstone of intensive care and is required for more than 85 % of mechanically ventilated patients. This is to ensure patient comfort and safety and to facilitate lifesaving interventions. How sedation is performed can have an impact on patient outcomes during and beyond the time in the ICU.

In intensive care, every patient’s situation is unique and there is no one-size-fits-all approach to sedation. Today, there are two main ways to sedate a patient in the ICU: the intravenous route or via inhaled sedation.

These medicines are generally effective in achieving the intended level of sedation. However, prolonged and unpredictable wake-up times, accumulation of the sedatives in the body, and difficulties to monitor the concentration of the sedatives, and thereby the depth of sedation, are well-known challenges with intravenous sedation in intensive care. The metabolism and elimination of intravenous sedatives rely on adequate liver and kidney function. Critically ill patients often have varying degrees of impaired liver or kidney function, contributing to slow elimination of the medicines and thereby unnecessarily long wake-up times and delayed recovery from sedation. 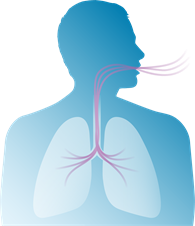 Sedatives used for inhaled sedation are liquids. They are delivered to the patient via an evaporator, a medical device turning the liquid into vapor (gas) which enables the patient to inhale the sedatives.

Sedana Medical manufactures the medical device Sedaconda® ACD (Anaesthetic Conserving Device). It contains an evaporator that enables the vaporization of inhaled sedatives. Thanks to a carbon filter in the Sedaconda ACD, approximately 90% of the exhaled sedative is adsorbed in the device when the patient is exhaling and reflected to the patient during the next inhalation, thereby reducing the consumption of the sedative medicine.

Inhaled sedation has been shown to pro­vide several benefits compared to intravenous sedation. Since there is minimal metabolism, the elimination of inhaled sedatives takes place almost exclusively through the airways. Clearance is therefore achieved rapidly, independent of liver or renal function and the depth of sedation is easy to control. Inhaled sedation enables a rapid and more predictable awakening, reduced the need for opioids, and recovery from sedation is fast.

Effective sedation with rapid and predictable awakening after sedation is of great clinical importance for both the patient and healthcare. It enables faster recovery and facilitates important aftercare after ventilator treatment.

The introduction of inhaled sedation in the intensive care is a potential paradigm shift in the care of critically ill patients.